About CONNECTIONS and how they create MEANING 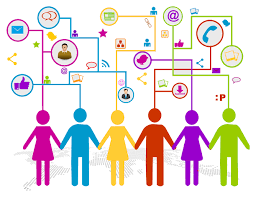 CONNECTIONS exist WITHIN and BETWEEN phenomena at MULTIPLE LEVELS of ORGANIZATION (cells, groups of related cells, organs, people…)

There is an abundance of ways things are connected — in a free-association MIND-MAP ideas are connected in a stream of consciousness that follows the paths created by the connections within one’s brain that exist by virtue of countless generations of natural selection AS MODIFIED by a lifetime of experience.

ASSIGNED: diagram hypothetical connections within and between levels of organization