About REALITY … and at what level of organization we care

(in the range from infinitesimally  small to cosmically large, where are YOU, and do you care about any of the others?  If so, why?) 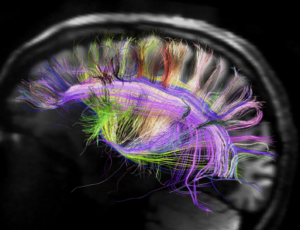 MORE ABOUT REALITY:   How do we know what’s real?  We start with what new information we can accept after it is “tested” by the brain:  A&O notes on REALITY TESTING  (BTW, the “filters” are at many levels, from sense organ to brain sites of conscious awareness –if it is TOO remote from our past experiences, the information from the outside world may never even make it very far into our nervous system.)

So we know it is likely “real” … but what gives it “MEANING.”  The meaning of anything, the meaning of life.  Is CONSCIOUSNESS created by an awareness of the “CONNECTIONS [that] exist WITHIN and BETWEEN phenomena at MULTIPLE LEVELS of ORGANIZATION of our BRAINS.

Is there any basis for HUMAN EXCEPTIONALISM?

IMPORTANT POINT: when things are AMBIGUOUS we subconsciously try to remove the ambiguity. –we try to fit it into something we have already experienced or become familiar with (Look at A&O website on AMBIGUITY)

ASSIGNED: diagram hypothetical connections within and between levels of organization 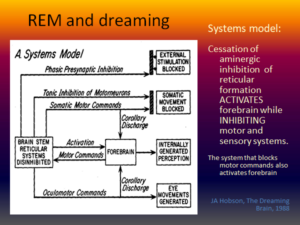 WHAT IS REAL?:  Our built in reality testing: read A&O notes on REALITY TESTING

(coherence and correspondence: The best story you can tell with the best facts available –remember, as accuracy and precision –validity and reliability– increase, new facts are always being discovered and old facts always being replaced by better ones)

NEUROPLASTICITY: (e.g., READ: The Widening Gyrus and the experience of the epileptic violinist: Martha Curtis)