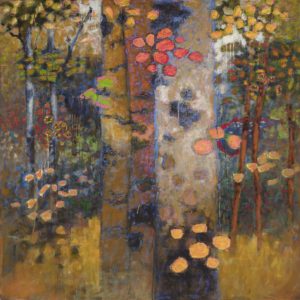 The INTEGRATIVE BIOLOGY of BEHAVIOR involves the coordinated activities of four broad areas:

DEVELOPMENT, ECOLOGY, EVOLUTION, and PHYSIOLOGY and how they are brought to bear on BEHAVIOR (“DEEP ETHOLOGY”)

Although all domains of DEEP ETHOLOGY manifest extensive interconnectedness, it is, for most of us, more apparent in the web of life described in ECOLOGY.   The ENVIRONMENT in which all organisms find themselves must–in the course of natural selection–provide for all biological needs, and all organisms compete for limited resources to meet those needs. (Whatever resource(s) might be in shortest supply is termed “selection pressure.”  The flexibility of an individual (or species) in coping with these pressures results in different patterns: sexual selection (selection pressure if “female choice”), ecological selection, stabilizing selection, disruptive selection and directional selection, each describing the patterns of successful coping with pressure.

So, the environment affects every level of organization: EVERYTHING, no matter how minutely described or defined, seem to have other things with which it is more-or-less intimately related–which (in a way) define it.   An interesting cascade of connections has been described in detail only in the past few decades: environmental variables affect the activity of GENES –the process is termed EPIGENESIS [see the DEEP ETHOLOGY GLOSSARY entry for EPIGENESIS ].

[we will revisit selection pressure relative to biological NEEDS when visiting PHYSIOLOGY:  the first response of individuals to the real or perceived or even threatened inability to meet a biological need evokes a STRESS RESPONSE.]

An aside about TRAITS:  The organism possesses millions of trait, hierarchically organized and more-or-less interconnected.  They are the “manifest morphological or behavioral attributes of an organism.” A trait can be observed, described, and defined at every level of organization from the biochemical and physiological to social and biomic.   As a variable attribute in the life of the organism, it presents itself to the vagaries of the environment–directly or indirectly–and its success in coping–that is enabling the organism to meet its biological NEEDS in a given environment–will determine the fate of the organism,  See the DEEP ETHOLOGY GLOSSARY entry for TRAITS 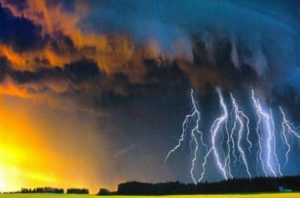 Every living thing is a sort of imperialist, seeking to transform as much as possible of its environment into itself… When we compare the (present) human population of the globe with… that of former times, we see that “chemical imperialism” has been… the main end to which human intelligence has been devoted.  (Bertrand Russell, 1960)