The Department of Language and Literature at the Max Planck Institute for Empirical Aesthetics “…investigates the aesthetic properties and aesthetic perception of linguistic utterances (texts). Its overall objective is to arrive at a deeper understanding of the mechanisms, elicitors and functions of aesthetic liking and aesthetic preferences in the domain of language and literature and to develop an integrative model of aesthetic language processing. Key desiderata include:

Ever since antiquity, rhetoric and poetics have provided numerous descriptive categories and classification systems, prescriptive rules and detailed analyses of both single sentences and entire literary genres. Rhetorical and poetic features of linguistic utterances are important object-based factors that have an impact on aesthetic appreciation. However, rhetoric lacks a theory of underlying cognitive and affective mechanisms that might explain the effects it attributes to its techniques. Therefore, a critical recourse to the analytical potential of traditional rhetoric does not yield a sufficient basis for a systematic aesthetics of language. Moreover, rhetoric is largely a hotchpotch of numerous special and heterogeneous rules and devices; it entails little predictions as to how they might interact in different contexts.

Traditional philosophical aesthetics, by contrast, has paid for its progress towards a theory of subjective evaluative perception with a loss of subtlety in distinguishing aesthetically relevant object features. Theories of what makes a literary artwork “lively”, “beautiful”, “sublime”, etc., tend to be more interesting from a general philosophical point of view than helpful for a detailed and concrete analysis of individual sentences or texts.

Regarding 20th century traditions in linguistics and literary studies, an aesthetics of language and literature can primarily draw on formalism and structuralism. However, for all their achievements in refined object analyses, these traditions have not developed any means of proceeding from minute object descriptions to an understanding of higher-order aesthetic perceptions and evaluations.

Summing up his 40 years of research into the phenomenological and linguistic properties of poetic language, Roman Jakobson suggested in 1960 that Karl Bühler’s organon model of language be expanded to include a “poetic function” to be found, to different degrees, in all linguistic utterances. In linguistics and language psychology, Jakobson’s famous programmatic lecture has found little, if any follow-up. None of the preeminent recent and current models of language processing takes notice, let alone systematically investigates aesthetic dimensions.

Given this background of a rich, heterogeneous, discontinuous, and in recent decades fairly neglected tradition, the Department of Language and Literature of the Max Planck Institute for Empirical Aesthetics pursues a strategy of bringing together the expertise of traditional rhetoric and poetics, theoretical aesthetics, analytical techniques from literary studies and musicology, linguistic model-building, and current methods and theories of psychology and the neurosciences with a view to developing an empirical aesthetics of language and literature and finding new answers to an old question: Why, and by virtue of which features, do certain linguistic formulations, or styles, strike certain individuals or groups in certain contexts as “beautiful”, “succinct”, “moving”, “interesting”, “competent”, “persuasive” or “thrilling”?

Consonants and Vowels  (Thanks to wikispace page)

In general, there are two large classes of speech sounds: consonants and vowels. Consonants by nature are brief and transitional and have identification boundaries which are sharply defined. These boundaries enable different consonants to be discerned accurately. 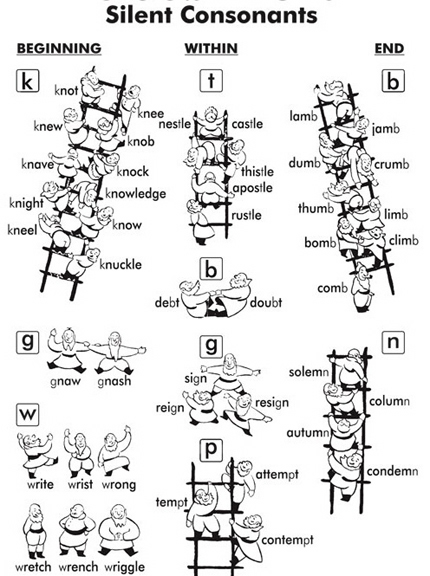 Laterality:
consonants are perceived in a wholly different manner from vowels

Left Hemisphere: Consonants more involved:
-they are composed of segments of rapidly changing frequencies which includes the duration, direction and magnitude of sounds segments interspersed with periods of silence.
-These transitions occur in 50 msecs or less which in turn requires that the left half of the brain take responsibility for perceiving them.
-Moreover, many consonants are silent.
– more a function of “categorical perception”

Right Hesiphere: Vowels more involved:
-Vowels are more continuous in nature
-Consist of a slowly changing or steady frequencies with transitions taking 350 or more msec.
-Vowels are more like natural environmental sounds which are more continuous in nature, even those which are brief such as a snap of a twig.
– yield to nuclei involved in “continuous perception”
-Vowels are particularly important considering their significant role in communicating emotional status and intent.

The differential involvement of the right and left hemisphere in processing consonants and vowels is a function of their neuroanatomical organization and the fact that the left cerebrum is specialized for dealing with sequential information. Moreover, the left temporal lobe is able to make fine temporal discriminations with intervals between sounds as small as 50 msec. However, the right hemisphere needs 8-10 times longer and has difficulty discriminating the order of sounds if they are separated by less than 350 msecs.

The left temporal lobe acts on both vowels and consonants during the process of perception so as to sort these signals into distinct patterns of segments via which these sounds become classified and categorized.