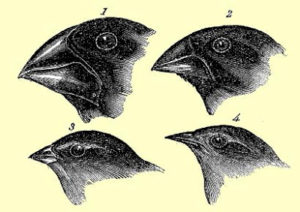 “In the future I see open fields for far more important researches. Psychology will be based on a new foundation, that of the necessary acquirement of each mental power and capacity by gradation.”  (Charles Darwin. The Origin of Species, 1859, p. 449.)

BEHAVIOR was neglected for many years because it was ephemeral, not fixed like bones or beaks, feathers or fossils and museum specimens, in ways that allowed systematic study by many observers.   It was the great insight of ETHOLOGY that observations of behavior have great power to inform ideas about how organisms change.  Ethologists (looking for diversity and adaptive change) and comparative psychologists (looking for fixed rules of behavior independent of environments) appeared to compete.

The INTEGRATIVE BIOLOGY of BEHAVIOR involves the coordinated activities of four broad areas (as biologists study them): DEVELOPMENT, ECOLOGY, EVOLUTION, and PHYSIOLOGY and how they are brought to bear on BEHAVIOR (“DEEP ETHOLOGY”)

“We are all tattooed in our cradles with the beliefs of our tribe; the record may seem superficial, but it is indelible.”

Oliver Wendell Holmes Sr.  The Poet at the Breakfast Table (1872).

THE PROBLEM OF ALTRUISM –

why should it endanger meeting its own needs or promotion of its own offspring? go to  ALTRUISM

THE EVOLUTION OF CONSCIOUSNESS

“For the first time in 4 billion years a living creature had contemplated himself and heard with a sudden, unaccountable loneliness, the whisper of the wind in the night reeds.”