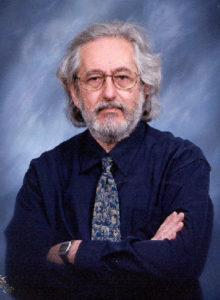 Neil Greenberg received his doctorate from Rutgers University where he studied at both the Department of Zoology and the Institute of Animal Behavior. From work on reptile ethology at Rutgers, Greenberg moved to Paul D. MacLean’s Laboratory of Brain Evolution and Behavior at the National Institute of Mental Health. While there he was also appointed a Research Associate at Harvard University’s Museum of Comparative Zoology. In 1978, Greenberg joined the faculty of the Department of Ecology and Evolutionary Biology at the University of Tennessee, Knoxville, where he served as professor and Chairman of the University Studies Program, a university-wide interdisciplinary faculty development program. He also holds adjunct faculty appointments in the Graduate School of Medicine and the Department of Psychology. He is presently Professor Emeritus.

He has had several principal investigator and co-principal investigator grants from NIH and NSF to conduct basic research on the neuroendocrine causes and consequences of social behavior. Greenberg is also the architect and director of the Threshold Program, a major curriculum revision integrating hands-on research and teaching.   This honors program was deployed in 1995 with the help of a seed grant of 1.4 million dollars from the Howard Hughes Medical Institute. In 1999 co-chaired the Provost’s Focus area in Intellectual and Cultural Expression (ICE), a 4 year program to foster interdisciplinary course development, research and creative activity, and grant development.

In 1992, Greenberg was awarded the “University Studies Scholar’s Award,” acknowledging excellence in transdisciplinary research and teaching. Two years later he was elected a Fellow of the American Association for the Advancement of Science. The citation of appointment reads, in part, “. . . for exemplary ethological research on the causes and consequences of social behavior and for innovative efforts to illuminate the relations between biology and the humanities.”

These diverse activities are unified by an appreciation for the power of interdisciplinary activities to foster personal growth within a culture of collaboration.

In 2012 Greenberg retired from full service as a university professor and now serves as a Professor Emeritus.  He has taught Ethology and Sociobiology as interdisciplinary courses and has continued to offer his spring seminar, “Art and Organism” continually since 1979.

Greenberg’s core scientific research involves the physiological causes and consequences of social interactions. In particular, the role of stress physiology in regulating social organization, aggression, and reproduction, often using the green anole lizard as a model species. His teaching emphasis is ethology and sociobiology, but he also offers the innovative annual University Studies Interdisciplinary seminar, “Art and Organism.” This course was informed to large extent by a Stokely Institute Lectureship, “Scientific Inquiry,” an intensive 5 week interdisciplinary science course for competitively selected Stokely Fellows.

He has delivered many invited lectures including:

From 1986-1990 he served as a member of the Advisory Committee for Liberal Education, Journal of the Association of American Colleges.

Publications in recent years range from “Activation of central biogenic amines following aggressive interactions … , ” in Brain, Behavior and Evolution and “Endocrine and behavioral responses to aggression and social dominance …, in General and Comparative Endocrinology, through “Art, Science, Areté, “ published as a Teaching/Learning Issues monograph, and “Science and technology as human endeavors, “ in Liberal Education.

TEACHING PHILOSOPHY. | a form of existential phenomenology in practice.