I have associated “looking in two directions at once,” or  getting the “big picture” with “Janusian thinking” since I came across it in the writings of Arthur Koestler where he described the HOLON, a visual representation of nested hierarches that facilitated simultaneous reductionist and integrative (holistic) thinking.

INTEGRATIVE and REDUCTIONIST thinking can be thought of as a co-constituting dyad of approaches to study and understanding that have occupied scholars and scientists throughout intellectual history. Versions of this have been reinvented in various disciplines.   While human cognition may require us to emphasize one or the other approach, the richest or most satisfying understanding seems to combine the two, integrating the logic of generalization and the affect-engaging immediacy of specifics.    Another rough analogy is that of perceptual rivalry, the most well known of which is binocular (video available at “binocular rivalry for beginners“).

This leads to “Multistable perception … characterized by two or more perceptual interpretations spontaneously alternating, or rivaling, when animals are exposed to stimuli with inherent sensory ambiguity. There is a wide array of ambiguous stimuli across sensory modalities, ranging from the configural changes observed in simple line drawings, such as the famous Necker cube, to the alternating perception of entire visual scenes that can be instigated by interocular conflict. The latter phenomenon, called binocular rivalry, in particular caught the attention of the late Jack Pettigrew, who combined his interest in the neuronal basis of perception with a unique comparative biological approach that considered ambiguous sensation as a fundamental problem of sensory systems that has shaped the brain throughout evolution. Here, we examine the research findings on visual perceptual alternation and suppression in a wide variety of species including insects, fish, reptiles, and primates. We highlight several interesting commonalities across species and behavioral indicators of perceptual alternation. In addition, we show how the comparative approach provides new avenues for understanding how the brain suppresses opposing sensory signals and generates alternations in perceptual dominance.” (Carter et al. 2020)[i] 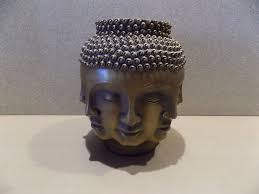 The eschewal of the biases that subvert valid understanding is a crucial element of the ethological attitude, and because bias exists at many levels of organization it can be extraordinarily difficult to cope with.  Our biases reflect roots that are deeply conserved in our biology and ingrained throughout development. Biases may be implicit as well as explicit and not the least of these is human exceptionalism—the venerable and persistent view that there is a profound discontinuity between ourselves and the rest of the natural world. In part because we feel that we are exceptional as we pursue individuation.

Of course there are discontinuities between species—indeed between all categories—but  the paths that lead to them are (or should be) subject to scientific scrutiny.  But this scrutiny must be bi-directional or we are handicapped by apparently conflicted alternatives.

Awareness of these if not their suppression can be difficult and we are likely best served, as Kuhn (1959) would put it (speaking of divergent and convergent thinking), cultivating the ability to support tensions “that can become almost unbearable but are one of the prime prerequisites for the very best sort of scientific research.”

The single mind looking two ways: the Janus face of science” (Burghardt 2013).  Adopting a Janusian perspective appears to be an acquired skill and has been identified in a wide range of creative activities (Koestler 1978, Rothenberg 1979).

JANUS is the uniquely Roman god of beginnings and endings, gates and doorways … always shown looking two ways, as into the past and the future.  In ceremonies, he is usually the first god evoked. ( see ancient.eu/Janus/ )

Below are a few excerpts from a Psychology Today Blog (posted 25 June 2015) discussing his empirical explorations of the creative work and productions of literary prizewinners and Nobel laureates in the sciences. 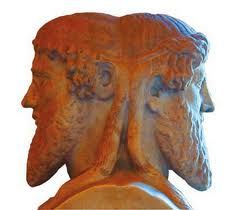 One of the creative cognitive processes I have discovered is named the janusian process.  Most commonly operative in the early or inspiration phase of creative production, the janusian process consists of actively conceiving and using multiple opposites or antitheses simultaneously. The term, based on the multifaced (variously possessing 2,4, or 6 faces) Roman god Janus looking always in diametrically opposed directions, denotes conscious conceptualization and application during the creative process of simultaneously co-existing and operative opposite or antithetical ideas, propositions, or actions. Although seemingly illogical and self-contradictory, creators construct these conceptualizations in rational states of mind in order to produce creative effects. In art and literature they are responsible for early conceptions of plot, character, metaphor, organization, and design, in music for compositional construction, in science for creative breakthroughs, theorizing, and experiments. In business, they are often responsible for new organizational and practical approaches.  Albert Einstein, for example, described his “happiest thought” in the development of the General Theory of Relativity as his conceiving that a man falling from the roof of a house was both in rest  (relatively) and in motion at the same time. Playwright Eugene O’Neill very early conceived the main character Hickey in his major play “The Iceman Cometh” as motivated by wishes for his wife to be both faithful and unfaithful to him at the same time. Depending on the level of development of a creative product, the janusian process also operates at later critical junctures as well as with practical solutions in a wide variety of fields.

Simultaneity of the multiple opposites or antitheses is a cardinal feature of the janusian process.  Creators conceive as simultaneously true and not-true firmly held propositions about the laws of nature, the functioning of individuals and groups, or the aesthetic properties of visual and sound patterns.  Or, both opposite and antithetical propositions are entertained as concurrently operative.  A particle spinning is going too fast and too slow at the same time, a chemical is both boiling and freezing, or kindness and sadism operate simultaneously.  Previously held beliefs or laws are still considered valid but opposite or antithetical beliefs and laws are formulated as equally operative or valid as well.”

The DEEP Ethologist.  In common cause with everyone interested in the causes and consequences of behavior (considered as a trait that is subject to natural selection), the DEEP ethologist has also cultivated JANUSIAN THINKING:  the habit of looking at individual phenomena from multiple perspectives simultaneously.  We all stand at the intersection of disciplines looking all ways at once.

DEVELOPMENT is viewed as a process by which internal and external circumstances converge to cause adaptive change; ECOLOGY, looks to contexts, both immediate (as in the body) as well as enlarged (as in the environment outside the body); EVOLUTION looks at “ultimate phenomena in terms of an individual’s (or their constituent traits) likely ancestors and possible descendants; and PHYSIOLOGY looks at the proximate mechanisms of actions at levels from cell signaling, to metabolism in light of the tendency towards homeostasis.

In another discipline such as neuroscience, Janusian thinking might involve the top-down and bottom-up thinking about the causes and consequences of activation of (or suppression) of specific sites in the brain.