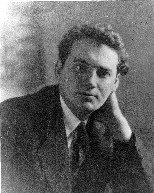 Fragment from chapter 4 of

Gant’s son, “Eugene entered the theatre of human events in 1900.

We would give willingly some more extended account of the world his life touched during the first few years, showing, in all its perspectives and implications, the meaning of life as seen from the floor, or from the crib, but these impressions are suppressed when they might be told, not through any fault of intelligence, but through lack of muscular control, the powers of articulation, and because of the recurring waves of loneliness, weariness, depression, aberration, and utter blankness which war against the order in a man’s mind until he is three or four years old.

Lying darkly in his crib, washed, powdered, and fed, he thought quietly of many things before he dropped off to sleep–the interminable sleep that obliterated time for him, and that gave him a sense of having missed forever a day of sparkling life.  At these moments, he was heartsick with weary horror as he thought of the discomfort, weakness, dumbness, the infinite misunderstanding he would have to endure before he gained even physical freedom.  He grew sick as he thought of the weary distance before him, the lack of co-ordination of the centres of control, the undisciplined and rowdy bladder, the helpless exhibition he was forced to give in the company of his sniggering, pawing brothers and sisters, dried, cleaned, revolved before them.

He was in agony because he was poverty-stricken in symbols: his mind was caught in a net because he had no words to work with.  He had not even names for the objects around him: he probably defined them for himself by some jargon, reinforced by some mangling of the speech that roared about him, to which he listened intently day after day, realizing that his first escape must come through language.  He indicated as quickly as he could his ravenous hunger for pictures and print: sometimes they brought him great books profusely illustrated, and he bribed them desperately by cooing, shrieking with delight, making extravagant faces, and doing all the other things they understood in him.  He wondered savagely how they would feel if they knew what he really thought: at other times he had to laugh at them and at their whole preposterous comedy of errors as they pranced around for his amusement, waggled their heads at him, tickled him roughly, making him squeal violently against his will.  The situation was at once profoundly annoying and comic: as he sat in the middle of the floor and watched them enter, seeing the face of each transformed by a foolish leer, and hearing their voices become absurd and sentimental whenever they addressed him, speaking to him words which he did not yet understand, but which he saw they were mangling in the preposterous hope of rendering intelligible that which has been previously mutilated, he had to laugh at the fools, in spite of his vexation.

And left alone to sleep within a shuttered room, with the thick sunlight printed in bars upon the floor, unfathomable loneliness and sadness crept through him: he saw his life down the solemn vista of a forest aisle, and he knew he would always be the sad one: caged in that little round of skull, imprisoned in that beating and most secret heart, his life must always walk down lonely passages.  Lost.  He understood that men were forever strangers to one another, that no one ever comes really to know any one, that imprisoned in the dark womb of our mother, we come to life without having seen her face, that we are given to her arms a stranger, and that, caught in that insoluble prison of being, we escape it never, no matter what arms may clasp us, what mouth may kiss us, what heart may warm us.  Never, never, never, never, never.

He saw that the great figures that came and went about him, the huge leering heads that bent hideously into his crib, the great voices that rolled incoherently above him, had for one another not much greater understanding than they had for him: that even their speech, their entire fluidity and ease of movement were but meagre communicants of their thought or feeling, and served often not to promote understanding, but to deepen and widen strife, bitterness, and prejudice.

His brain went black with terror.  He saw himself an inarticulate stranger, an amusing little clown, to be dandled and nursed by these enormous and remote figures.  He had been sent from one mystery into another: somewhere within or without his consciousness he heard a great bell ringing faintly, as if it sounded undersea, and as he listened, the ghost of memory walked through his mind, and for a moment he felt that he had almost recovered what he had lost.”