We have seen that art emerges spontaneously in some cases or after enormous effort[i] in others.

But in the 19th century there was an awareness of the resonances between art and science that led to a much more “studied” view: 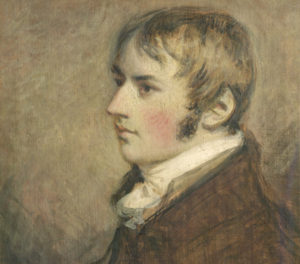 “Painting is a science, and should be pursued as an inquiry into the laws of nature. Why, then, may not landscape be considered as a branch of natural philosophy, of which pictures are but experiments?”

Constable’s view resonates with that of  Emile Zola, the great French novelist of the 19th century, who, in Le Roman expérimental” (1880),  thought of the novel as an experiment[ii] in the sense of Claude Bernard’s seminal work Introduction to Experimental Medicine (1865): 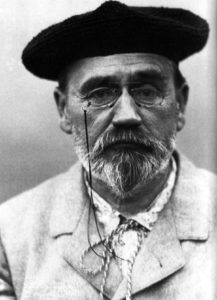 “The novelist is equally an observer and an experimentalist. The observer in him gives the facts as he has observed them . . . . then the experimentalist appears and introduces an experiment, that is to say, sets his characters going in a certain story so as to show that the succession of facts will be such as the requirements of the determinism of the phenomena under examination call for” (Zola, The Experimental Novel p8).[iii]

He wrote further on the potential of the novel to lead not only to “the knowledge of physical life, [but] it should also lead to the knowledge of the passionate and intellectual life. It is but a question of degree in the same path which runs from chemistry to physiology, then from physiology to anthropology and to sociology. The experimental novel is the goal” (Emile Zola 1893)

Later, Sir Herbert Read could write that the “fundamental purpose of the artist is the same as that of a scientist: to state a fact.” (The Form of Things Unknown, 1960).  It is largely the source of these facts that distinguishes our disciplines.

[i] “The poet makes himself a visionary through a long, prodigious and rational disordering of all the senses.  Every form of love, of suffering, of madness; he searches himself, he consumes all the poisons in him, keeping only their quintessences. . . . Even if, half crazed, in the end, he loses sight of his visions, he has seen them!”  (Rimbaud, cited in Rosemary Dinnage’s essay review, ”The Scream Behind the Pattern”  NYRB 8 April 1993: 33-36)

[ii] EXPERIMENTS:  we know them as “natural” and “artificial” –in the former, comparisons between alternative ideas are supported (or not) by evidence that occurs spontaneously in nature (a unique individual seemingly immune to a disease; ecological islands isolating individuals from each other as geology or climate changes).  In the latter, the variables are manipulated by calculation, often neglecting unsuspected variables.  (see paper on Ethologically Informed Design; Greenberg 1978)