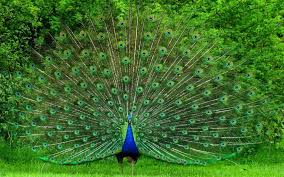 EVOLUTION involves the DIRECT and INDIRECT  transmission on information between generations — it is CHANGE, but unlike the change seen in individual DEVELOPMENT it studies transmission from ancestors and to descendants.  (direct transmission is by means of genes in your own offspring; indirect is to non-offspring with whom you share genes (e.g., cousins))

The idea of EVOLUTION–gradual change–has deep roots, but EVOLUTION BY MEANS OF NATURAL SELECTION is Darwin’s unique contribution.   (look at notes from Berkeley about how evolution was viewed before Darwin and how Alfred Russel Wallace’s ideas converged with Darwin’s)

DARWIN’s insights can be summarised in a few key observations and the strong inferences  they enable:

The concern for evolution has side-effects that ramify far beyond mere curiosity about the history of contemporary traits. It can tell us how traits are selected –emphasized or abandoned– as likely ways of coping with environmental stresses created by relentless change–and thus how they might change again … even how we might change them (as in domestication) or expect them to change inadvertently as a result of our actions upon their environments. In sorting out the likeliest story for how contemporary traits came to be the way we observe them,  Fossils are invaluable, particularly when viewed in the light of contemporary species they more-or-less resemble.

“ADAPTATION” can be a confusing term because of the many ways it is used.  For example, “adaptation” can refer to both processes and products:

(1) Coping with environmental change that presents new stimuli to be assimilated or accommodated in the process of LEARNING.

(2) “developmental” change such as that of a sense organ that becomes less responsive to repetitive but irrelevant stimuli, or

(3)  an evolutionary change such as those caused by selection pressures on some attribute of a trait that helps the organism cope with a changing environment over the generations, or

(4) a biological TRAIT that exists because it confers or is linked to a trait that now (or in the past) has conferred a biological advantage enhancing an organism’s FITNESS.

BUT we want to focus here on ADAPTATIONS (“traits”) and ADAPTIVE PROCESSES that are relevant to changes in organisms across generations: EVOLUTION

Organisms can be viewed as complex, interconnected ensembles of anatomical, physiological, or behavioral TRAITS that contribute to FITNESS —an individual’s ability to survive, thrive, and reproduce.   LIFE depends on how well animals COPE with challenges to their biological NEEDS, and arguably, the supreme need is fitness.

Ordinarily, there is no attribute of an organism that can be defined (including the relationships between attributes and the timing of their expression) that is not subject to natural selection. It might even be an ancestral trait that is no longer of use (vestigial) but was (again arguably) of use at some point in the organism’s developmental or evolutionary history.  The context in which such traits first appeared is studied as the “environment of evolutionary adaptedness” (EEA)[i].   Some traits seem to be collateral effects: side effects of a change that us useful (or even harmful) but not so much as to overweigh the beneficial effects (look into OPTIMALITY, an idea that got traction in ecology (of foraging behavior) and emphasizes the fact that all traits have costs and benefits). note*

SO, when we speak of an organism’s adaptations we are referring to traits subject to natural selection which persist because they contribute to fitness (or at least, contribute more than they cost).  Adaptations are the means by which organisms cope with environmental changes and stresses.

ADAPTATION is a complex term because of the many ways it is used.  It can refer to a TRAIT that confers some FITNESS on an animal, BUT it also represents the PROCESS by which that trait has come about.

“adaptations are traits (or characters) that have been subjected to natural selection”  This means that the trait has “evolved” (been modified during its evolutionary history) in ways that have contributed to the FITNESS of the organism manifesting it .

The several senses of the term “adaptation” have something in common –the idea of compensation for change:

ADAPTATIONISM — is a term that is sometimes used in a negative sense to refer to an explanation for a trait that uncritically applies evolutionary ideas.  Others use the term in a positive sense to refer to speculative hypotheses about how a trait may have come about.  [more on adaptationism]

OPTIMALITY– developed and modeled extensively in behavioral ecology to illustrate how organisms balance costs versus benefits of specific behavioral patterns in specific environments:  it informs us that research methods (indeed science itself) need not be perfect—just better than the alternatives.  (as with Churchill’s ideas about democracy)[i]

[i] Many forms of Government have been tried and will be tried in this world of sin and woe. No one pretends that democracy is perfect or all-wise. Indeed, it has been said that democracy is the worst form of government except all those other forms that have been tried from time to time. (Winston Churchill (1947) Speech in the House of Commons (11 November), published in 206–07 The Official Report, House of Commons (5th Series), 11 November 1947, vol. 444, cc.