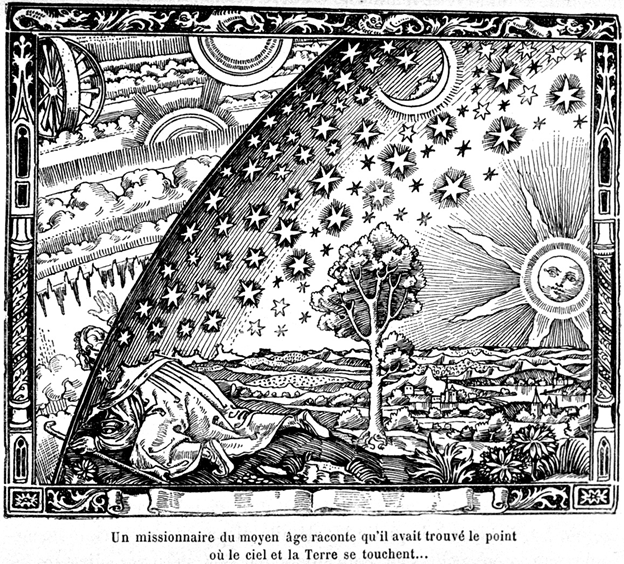 Opening illustration is my teaching logo at the University, adapted from  “…an unknown artist that first appeared in Camille Flammarion’s L’atmosphère: météorologie populaire (1888). The image depicts a man crawling under the edge of the sky, depicted as if it were a solid hemisphere, to look at the mysterious Empyrean beyond. The caption translates to “A medieval missionary tells that he has found the point where heaven and Earth meet…”  Can we view this as a version of the “hard problem” of consciousness: how objective  corporeality becomes subjective incorporeal feelings?  spirit?

I view this as a journey or experience of transformation –seeing beyond the curtain, shaking off the “lethargy of custom.”  But there are other views: look at a reading informed by physics and the efforts to resolve contradictions and dissonance: http://cosmos.nautil.us/feature/88/the-multiple-multiverses-may-be-one-and-the-same .