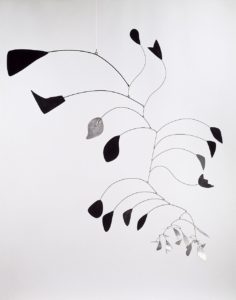 The Integrative Biology of Behavior

Organisms have needs ranging from mere survival through self-actualization (e.g., reproduction), frequently nested within each other such that more basic needs must be satisfied first.  Among these needs, the continual working towards the maintenance of stability may be the highest priority.  It is from this point of apparent self-organization that organisms (and other systems?) can most efficiently develop and grow and persevere in the face of change, both intrinsic change and change imposed by outside forces.

Animals attempt to maintain stability by compensating for internal and external change; this occurs at levels from chemistry through behavior, but different kinds of compensation occur at each level.  Within the “adaptive zone”  there is a characteristic breadth of activity within which only modest compensation is invoked.

DYSFUNCTION: The causes of “disorder” or “disease” are often based in normal subcellular, genetic, and biochemical processes that have been altered as a result of inadequate, excessive, or misdirected stimuli.  In other words, the body has evolved countless mechanisms to maintain physiological balance, and the normal function of any of these can suddenly intensify or diminish in order to ameliorate the disordering influence of trauma, intrusion, toxic influences, and malfunction.

(Too much or too little evokes the ancient concept of the GOLDEN MEAN and its nickname when applied in any of a multitude of disciplines: THE GOLDILOCKS PRINCIPLE]

Dysfunctions can be seen as disturbances of HOMEOSTASIS: The organism’s primary mechanism for maintaining the status quo.   Termed “homeostasis” by Walter Cannon in the 1920’s,  it was originally conceived of as interactions between physiological systems, which, taken together, constitute the self-regulatory processes of physiological compensation for environmental fluctuations … but it is often applied to other systems in which self-regulatory mechanisms have been described, such as the ecosystem.

ECOSYSTEM: multiple elements of the ecosystem also seem to maintain a dynamic balance in the pursuit of stability.  Ecosystems have powers of self-maintenance and self-regulation –so homeostasis can be said to be true of them also; They resist change and remain in a state of equilibrium) (see Wikipedia on “The Balance of Nature”).   I first saw this idea in Eugene P. Odum’s (1971) textbook.  In his view it was a simple step from one level of organization to another (see notes from Appalachian State University course about the history of the ecosystem concept).

HOMEOSTASIS is how we cope with change at every level of organization.

we cannot escape change, but we pursue the stillpoint