Can We Welcome The Dark Mother

Can We Welcome the Dark Mother

connections to the ephemeral and the eternal

Praised be the fathomless universe, For life and joy, and for objects and knowledge curious; And for love, sweet love—But praise! O praise and praise, For the sure-enwinding arms of cool-enfolding Death. Dark Mother, always gliding near, with soft feet, Have none chanted for thee a chant of fullest welcome? Then I chant it for thee

— From Leaves of Grass 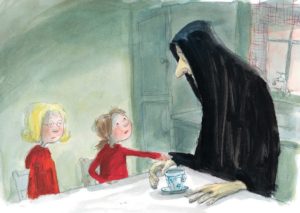 ART & ORGANISM: in both art and biology transience and ephemerality have traditional often overlapping meanings: “Ephemeral art” considered by the Tate, and more generally;  “Transient Art” refers to items in or of the natural world (Andy Goldsworthy and HERE, and Christo) but art is also uniquely able to speak to things spiritual: I have experienced the frisson of watching the ritual destruction of a painstakingly constructed sand mandala to evoke the Buddhist sense of the transitory nature of material life (and watch a short video HERE).

in DEEP ETHOLOGY, ECOLOGICAL thinking always locates an animal and what it does in time and space.  There is always concern for the circumstances when something happens. When in the seasons, the diurnal cycle, the life cycle.

“Biological transience refers to endings: programmed or circumstantial change at different time scales, from cell growth and apoptosis, through duration of stages in life cycle , to durations of life forms themselves.

BUT OK: time, temporality is important in biology BUT IN ART, look at the often expressed sense of its eternal nature: look at notes on CHANGE

RAMBLINGS.  First reflection after posting these wonderful lines and the touching picture were connections with things EPHEMERAL and the impermanence of all phenomena, at least relative to anything we can conceptualize.  Are we speaking of TIME? Is it real?– from infinitesimal through cosmically vast–whether malleable time of general relativity, or absolute and universal time of quantum mechanics.

Might thinking about time be limited in the manner of many other of our competencies for sensation and perception and conception, such as our eyes (limited as they are to between about 380 to 740 nanometers) or ears (which can detect frequencies from about 20Hz to 20kHz).  There is a metaphor about aspects of time in flicker fusion: singular frames can be seen to fuse int a continuous stream at about 24 frames per second–what might be perceived as a process can be slowed down and the elements of which it is constructed isolated and characterised.

Well, perhaps again I am lured into the vocabulary game (as in, for example, considering transience an emotional construct when what we often intend to be transition, a phenomenological construct describing movement. as in Kitayama 1998).  Words are a great sandbox, but the playful and formative qualities must be preserved.

Our artists and poets approach from the domain of intuition:

“No permanence is ours; we are a waveThat flows to fit whatever form it finds:Through night or day, cathedral or the caveWe pass forever, craving form that binds.” ― Hermann Hesse, The Glass Bead Game

CONSIDER the COMPLEXITIES of TIME … is there a real (or “perceived”) tension between the eternal and the ephemeral: collect you clues HERE